Alexander Hall has a bachelor’s degree in social studies from Bard College through the Bard Prison Initiative (BPI). He was released in 2018 and now lives in New York City, where he co-owns a strength training facility in Manhattan and works as a Housing Associate for BPI, assisting returning alumni with their housing needs.

It was weeks until my release, and I couldn’t believe how fast time was flying by. I had spent close to 13 years in prison, and I was actually about to go home. It just didn’t feel real. I had so many plans and aspirations. I was convinced that I was going to succeed. But for this success to mean what I thought it should, I was clear about one thing: I was going to redefine myself, independent from my past.

You see, once you’ve been to prison, society has a way of deciding how you’ll be perceived. But I wasn’t just worried about discrimination; I was worried about being undervalued. I didn’t want to brand myself as a “formerly incarcerated person.” No offense intended to those who do, but I wanted people to value me for my talent, not use my incarceration as an entry point.

What I didn’t realize at the time was that in redefining myself so adamantly apart from my past, I would cut myself off from a portion of my life that played a significant role in the person who I have become. It would leave a significant void. Sure, I would encounter discrimination by connecting with my past, but I also stumbled upon a world of empathy, understanding, support and amazement. In part, because so many Americans know somebody who has been locked up. 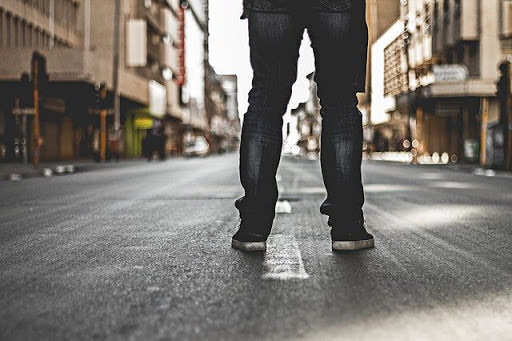